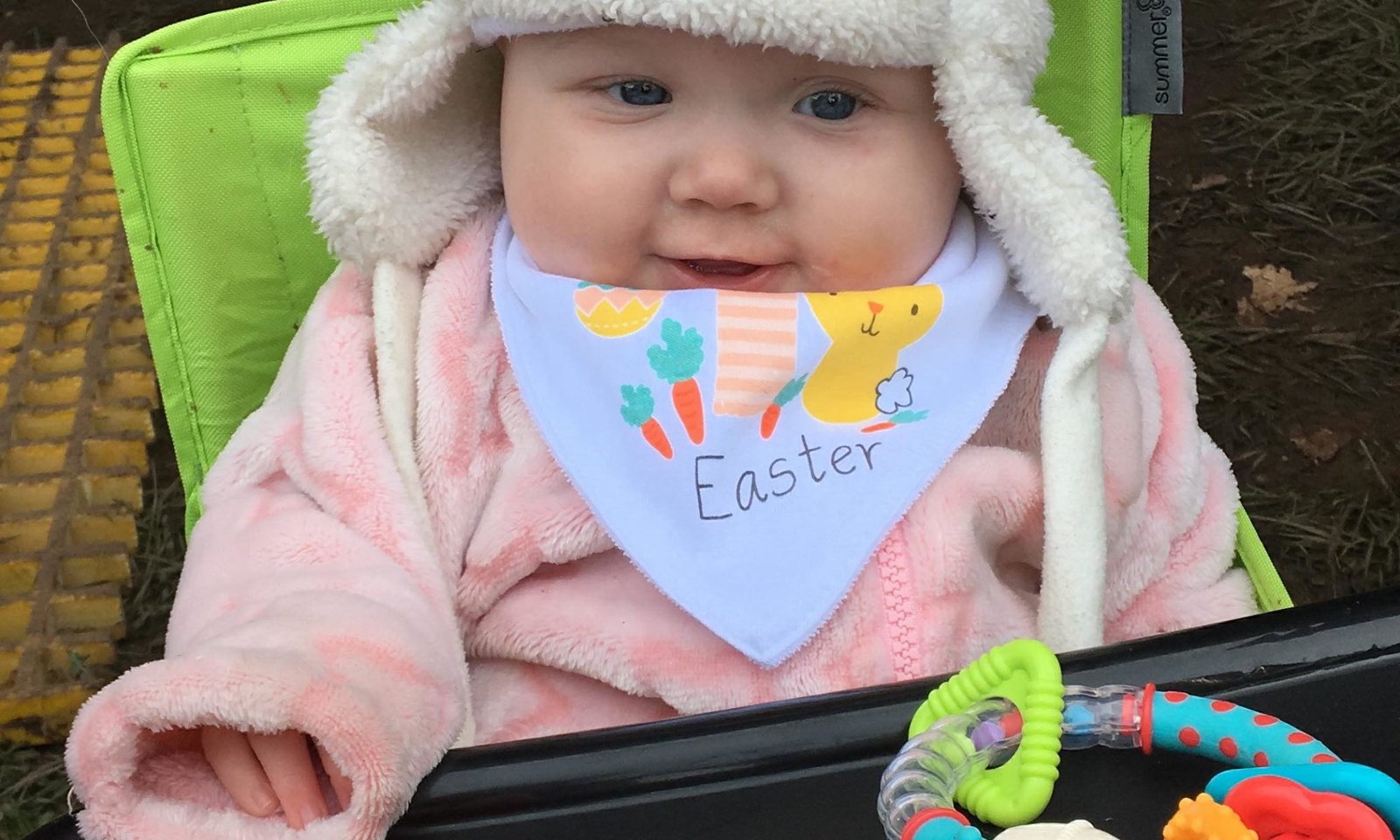 The whole build up to our first outing of 2018 was full of excitement and trepidation for many reasons. Mainly the weather forecast for the start of the trip was dire and we were always conscious of the fact that we would have little 5 month old Alys in tow and it would be her first ever venture into the great outdoors. Though neither of us said it our loud we were both a bit scared that we’d get it wrong and she would end up ill. We had spent most of the 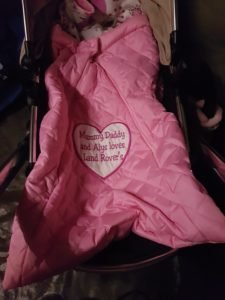 weeks prior deciding how we would dress her and how we would put her to bed. Being an ex-member of a Mountain rescue Team I knew only too well the importance of layering to stave off Hypothermia so we laid out all her little clothes, vests, sleep suits,m snowsuits and jackets and chose each days outfit very carefully ensuring the she always had a base, mid and at least one outer layer plus a full change of clothes for each day in case she got wet.

Then we moved onto her sleeping arrangements and she has one of theses prams where she can lie flat so we decided that would be her bed for the weekend next to ours, we would add extra blankets for underneath insulation and she would have a sleeping nag especially knitted by Nanny Julie with more blankets on top. Along with her hat and gloves we decided she would be plenty toasty and we would sleep safe in the knowledge that she would too. As they say, even the best laid plans sometimes go to waste!!! 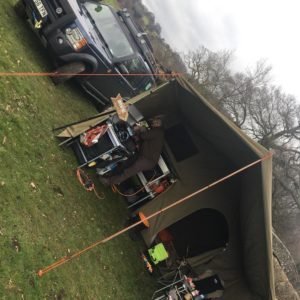 Forecast in the lead up was easily described in two words, cold and wet. Not a promising start! To add to our concerns over the cold conditions and Alys it was also our first outing in the new trailer and tent setup that we purchased from Nene Overland fro our 2018 show season. Though we had set it up previously and we knew what we were doing, just a few tweaks early on the Friday and it was raring to go and to us it looked like it would offer all the protection we needed. In fairness, it did. We did discover a few leaks around the seems but nothing that would see us drenched and the extra living space was an absolute godsend. Keep your eyes peeled for it at the shows this year. We even had an opportunity to try out some new kit (which I will review in a later post just as soon as I get a chance to write it up). The Kampa Kitchen Table and the Kampa Geyser Water Heater, the latter being an absolute gift from the heavens. No more boiling the kettle fro hot water, it was now literally on tap at the flick of a switch – we had created a home from home. I already want to move into it permanently 🙂 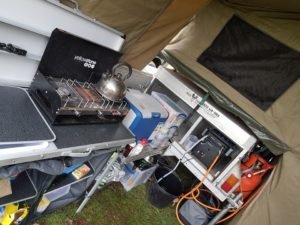 We turned up at our camp site, effectively nothing more than a field that borders the Brecon and Monmouth Canal near Llangattock in South Wales, UK. So as you’ve probably guessed by now Friday night was wet but luckily we were set up before the rains came and we even managed to get a long walk in along the canal. Later, sat in our large awning with fire pit in full flame mode we watched our friends from South Wales Land Rover Club arrive after the rain came. They looked cold setting up. In hindsight I perhaps should have offered to help them setup……….sorry guys, hope you won’t hold it against me, I really do like you all! Still being hardy souls we didn’t let the rain beat us and after a beautiful curry cooked by the equally as beautiful Lisa, there was time to sit down and have a good old laugh and joke half around our fire pit and half around Wayne’s excellent Frontier stove which I am now sorely tempted to purchase myself.  Remember what I said about those plans? Well worries that we hadn’t made her warm enough, at about middnight Lisa’s motherly instinct took over and Alys was moved into our bed, where she stayed all nice and cosy cuddled up to Mam and Dad. 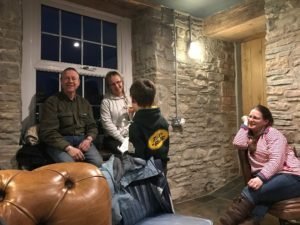 Waking up Staurday to much more acceptable weather, well dry at least, still fresh at best! What is a fairly standard start to every camping day for us these days saw a full English plated up followed by a Trip into Abergavenny for a wander and a nice cafe where we could have a nice pot of tea, a pasty and a cake (secretly though an opportunity for a warm!). Lunch over and we walked around some more and admired the sites of this medieval town before heading back to the camp site. 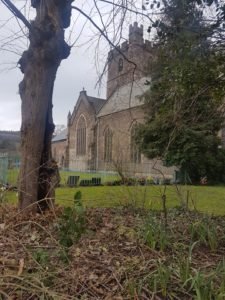 By which time the rest of the SWLRC gang had arrived and so we were now upto 8 vehicles and for my sins I offered a round of tea, no one said no, we didn’t have enough cups to go round. Wayne then suggested a trip to the local pub for a quick one in the evening. The 3 Horseshoes I think it was called. Totally rammed it was so we made a rapid exit and I suggested neither place I’d notice just about further down the road, called the Vine Tree. Weren’t we glad that first place was full, what a fine establishment. I’m sure we will return there next time and pre-book a table for eating. Little Rhys’s quiz was excellent as ever, though I think some of his measurements were dubious. Anyway, 3 pints later off we were back to our field and no doubt more half sitting around the firepit and the Frontier to talk more Land Rover. Just as well LR have been around since 1948 as we always seem to have a lot to say about them and our campfire discussions always seem to promote healthy debate as well as the standard banter for these sorts of gatherings. By this point Lis had a mixture of wine and vodka in her system and we’d just realised that we had actually eaten very little so she was feeling a tad merry. All in all though a great end to a great day. Another night in bed with us for Aly.

Sunday breakfast was just as good as ever, not much by way of plans today so we took it easy and prepared for the packup and journey home.  On the plus side the sun had broken through the clouds putting a smile on everyones faces.

The next (un)planned SWLRC trip is to St Davids on the 15-17th June. Be there, you won’t be sorry. Great company, great food, great sights and great fun. We are very hopeful the weather will be kind and Aly will finally spend a night in her own camp bed by then. Watch this space…….